East Coast Artist, Jay Stormz is an aspiring beatmaker and producer from Albany, NY. The young artist has been receiving positive reviews for his latest project, K.E.M.S. The titled acronym stands for “Kill Em With my success. At an early phase of his career, Jay’s influences are mostly 90s hip hop with a bit of a 2000s twist on it. The artists in that era include KYLE, Biggie, 2Pac, Ice Cube, and T.I. 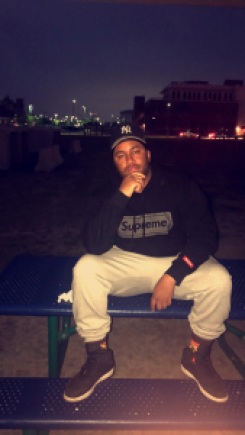 Jay Stormz has noticed that his singles have gained traction on various music platforms. He is looking forward to the next phase of his career along with the movement Y.A.C.(Young and Crazy). Additionally, Jay Stormz is a member of the group, SOD.

Jay Stormz is looking forward to releasing another project in October. The next project will be titled “Mercury” which will be an out of space and out of this world experience. Following, Jay’s rap partner, Kayes Senaria will be dropping his project “Permission to Stare.” That project will drop in November 2019. Be sure to connect with JS on social media and digital music platforms. 518 STAND UP!!!

This site uses Akismet to reduce spam. Learn how your comment data is processed.

520 PROMOTIONS - December 6, 2022
0
[youtube https://www.youtube.com/watch?v=XfbPXDJbiQQ] Brandon Coke dropped his latest visual to his latest single GYPSY make sure to check that out above and leave some feedback in...

Johnny McFly – Rock With Me | @johnnymcflyofficial

Why Artists Need To Look Into Social Media Management By Robert...

Stackin Up Entertainment LLC Is pleased to announce that they landed...

President Obama’s track record: State of the Union by the numbers